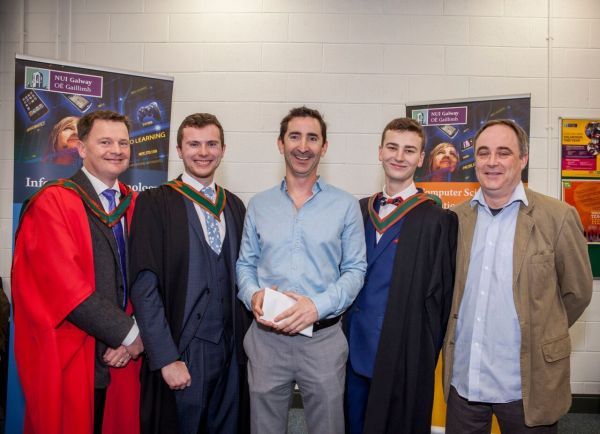 Recipients: Kevin Nicholson and Aaron Barry (Joint Winners with a prize of €600 each) 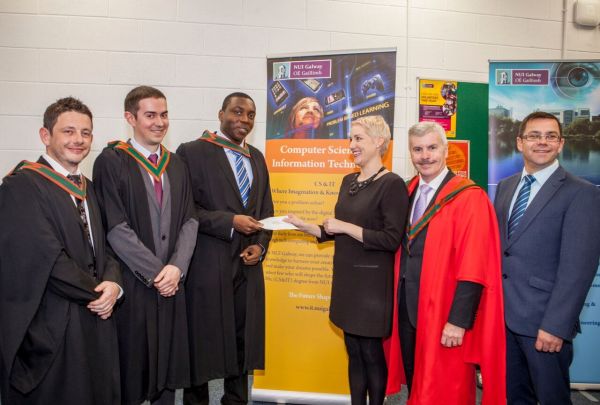 OxySense is an innovative piece of hardware and software –combining sensors and RFID technology that detects deterioration in window insulation, along with associated backend Cloud Service. 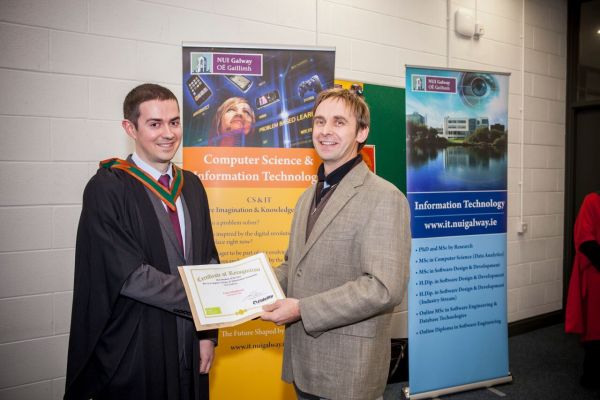 Cian achieved outstanding academic results throughout the degree programme and got the highest marks overall in the graduating class this year. Cian is currently working as a software engineer at BAE Systems Applied Intelligence in Dublin, where he primarily works on financial crime detection software. Cian was a very talented and hardworking student, he consistently achieved outstanding grades and completed projects and assignments of the highest quality. 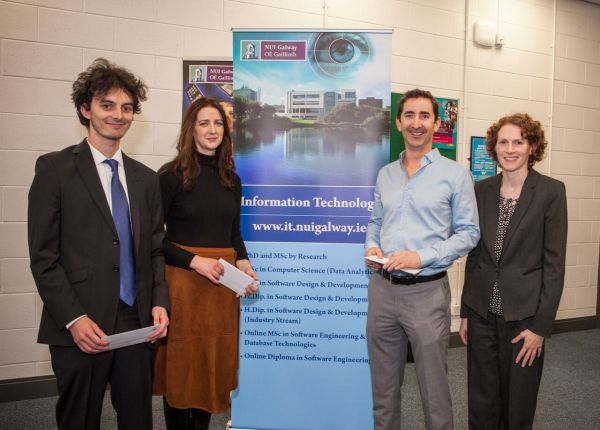 The group project involved the design and development of a database to support the storage and querying of performance data related to constructed wetlands. Constructed wetlands are a common means of treatment of waste water in communities and their performance is monitored on a regular basis but to date no centralised data storage of this performance data exists. This project was supervised by Ms Josephine Griffith with input from Dr. Mark Healy, Civil Engineering.

College of Arts sponsored prize of €400 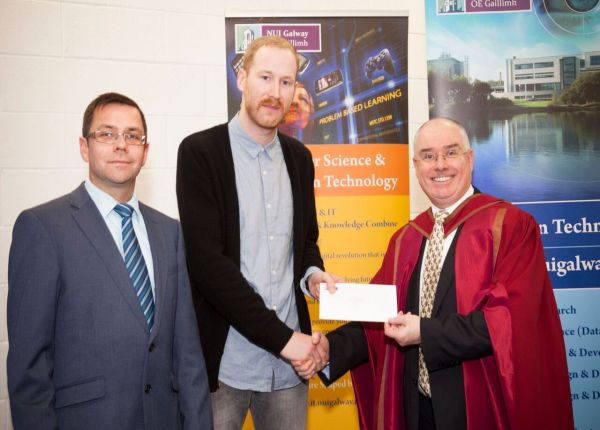 Dara's project developed a mobile device application for the Galway Museum and the Ryan Institute at NUI, Galway on an educational exhibition aimed at children known as Sea Science.

Some features need cookies to work properly. Cookies also let us (a) remember your preferences, (b) collect anonymous usage statistics, and (c) manage any online ads for nuigalway.ie.